-Some golfers just swing with their arms and don’t rotate the shoulders at all or very little.
-Other players actually just tilt their shoulders.
-There are also recreational players (even good players) believe that 90 degrees is their absolute maximum turn, when the can actually load up more and are costing themselves lots of distance.
-And, there is always the people who think they can’t get to 90 degrees due to a lack of flexibility. So, they think physical limitations are what is holding their game back and/or keeps them from playing good golf.

If you are confused about shoulder turn, check out this article titled, “What is a Full Turn?” from the fairly-animated long-drive champion, Monte Scheinblum at GolfWRX.  Scheinblum is a highly credited golf instructor and seems to despise the PGA of America.   In the above article, he makes the process of finding your maximum shoulder turn very easy and gives beginner (& even seasoned golfers) an excellent test and/or reference point to help you find your current maximum turn for your golf swing.  It’s probably best to dismiss his ranting and ravings, but reading this article carefully may help you find your way to a great golf swing..

Most golf courses that people play have all different types of sand.  The different types can be noticed by the “grain” and how deep (or full) the bunker is.  Most high end facilities will have real fine grain sand that is nice and fluffy and will have their bunkers filled deep. Unlike other places on the course you cannot test the surface before you actually hit a shot.

So, what’s the best approach to this?  It’s the intention of this article to help you identify what to look for.

When hitting from the beach, the first thing you want to pay attention is the kind of lie that you have; whether it’s plugged/sitting-upuphill/downhill.  Plugged lies are most commonly referred to as fried egg lies (or egg yolk lies).  The most important thing to focus on when hitting this type of bunker shot, is to make sure you dig your feet in so you can get under the ball. A lot of players do this but what they forget is the more you dig yourself in the more you have to choke up on the club to level out the swing plane.  Therefore, if you dig in a full two inches, you’ll want to choke up on the club a full two inches.

The hinge (or wrist cocking) in the bunker is different than what a lot of people are used to because the proper bunker you need to break your wrists earlier to make sure you come in steeper than a normal swing (taking sand first).  Here is a good drill to use (but only when hitting from a practice bunker), With the butt end of your club, draw a line in the sand an inch or two behind the ball.  This will help remind you to hit behind the ball (allowing the club to get under it) in order to let the sand take it out.

Longer bunker shots call for more of ball first then sand first (hitting less behind). But this is also one of the more difficult shots in golf. For any shots that require more than 50 yards of flight out of a bunker, you should try and pick it clean as if you are on a tight lie.

Some Helpful Things To Remember: 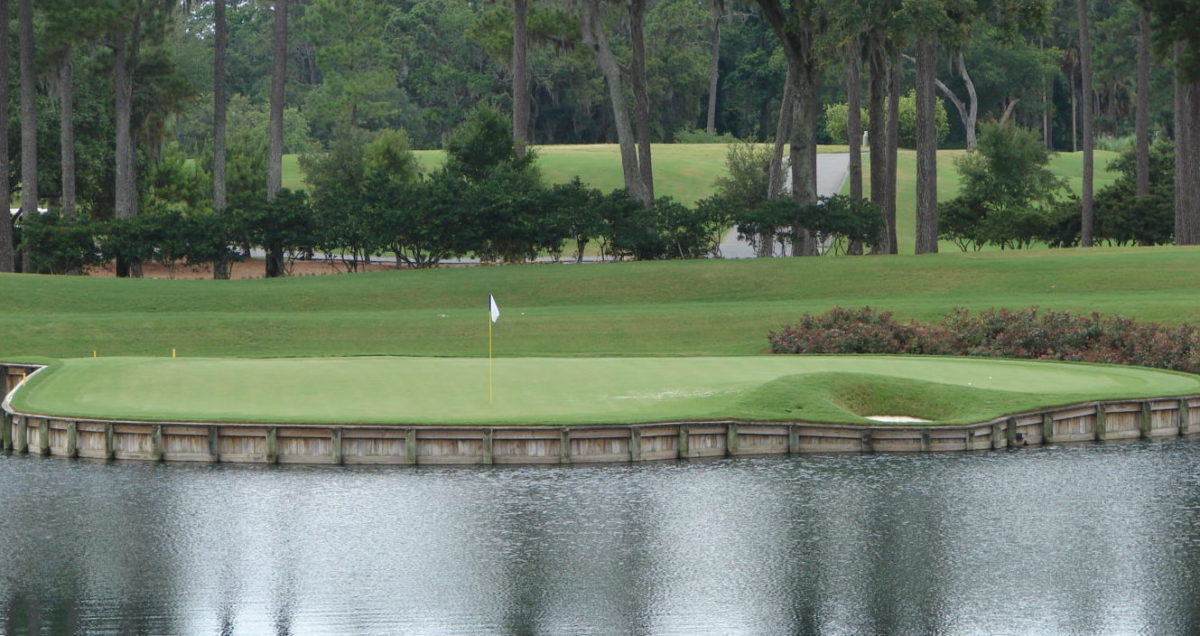 The ability to have every shot in your bag is what every golfer thinks about.  Walking up to a par 4 blasting it 300 yards, but then blade’ing your half-swing wedge into the sand, or even the woods is the worst feeling a golfer can have. Sometimes it’s all about focus, sometimes its talent, other times its elements of your swing.  But, the difference between an amateur and a professional golfer is the understanding that in-between the two ears are where it all happens.  You have to have every shot in the mind as well.

When a pro golfer walks up to a shot, they look at the landing area, the water, sand, woods aren’t in his mind as opposed to an amateur. One look at a hazard can get the mind off track.  The time that is spent worrying about where the ball can go is wasted time.

Your pre-shot routine (for approach shots) should contain the following:

Sports aren’t like meetings; the need to really focus and be in the moment is a absolute necessity. Clubs, Grips, Shafts even balls don’t make shots the one’s mind can before its even hit. Visualization is the key to sports especially golf because not only are the elements and the course part of the challenge, the other competitors are two. Golf is a very unique game because it combines ones creativity and capabilities. The difference between a pro golfer and an amateur is the power to have every shot in his mind and not just have it in his bag.

Latest From The Fringe